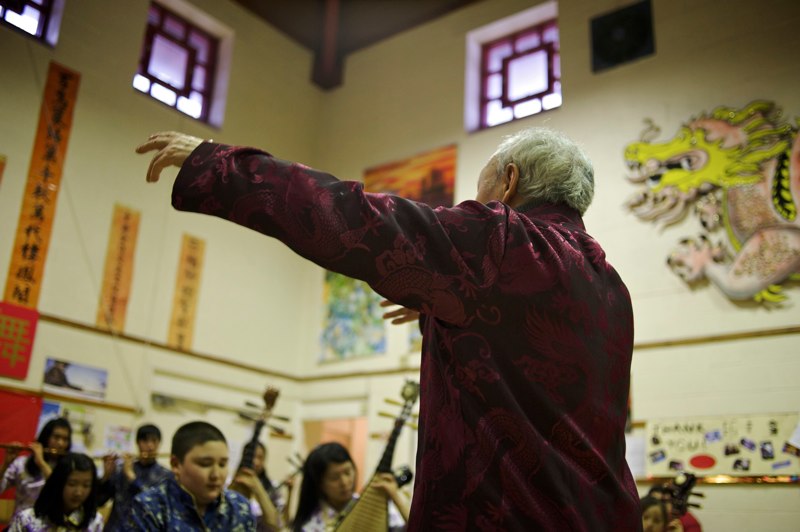 The award winning Pagoda Chinese Youth Orchestra have been performing around the world.

The Pagoda Chinese Youth Orchestra (PCYO) is the first and largest in Europe. Throughout the years, many young people between the ages of 4 to 20 have learned to play Chinese musical instruments. Orchestra members have included ‘BBC’ (British Born Chinese), English, Caribbean, children recently arrived from China, Hong Kong, Taiwan, Laos, Vietnam, Singapore, and Malaysia.

We strongly believe that during their stay with the orchestra, members do not only learn about music, but they are also able to gain great benefits in regard to: developing self confidence, the team work ethic, leadership skills, positive self-identity, as well as developing self discipline. Last, but by no means least, they can become more aware of their rich cultural heritage.

Classically trained multi-instrumentalist, Mr Li teaches woodwinds, strings and percussion. Mr Li developed bass instruments for the PCYO and this helps the orchestra to have its unique sound. The traditional Chinese orchestras don’t have bass instruments and they still use the cello for the bass sound in China.

The PCYO is currently looking at: