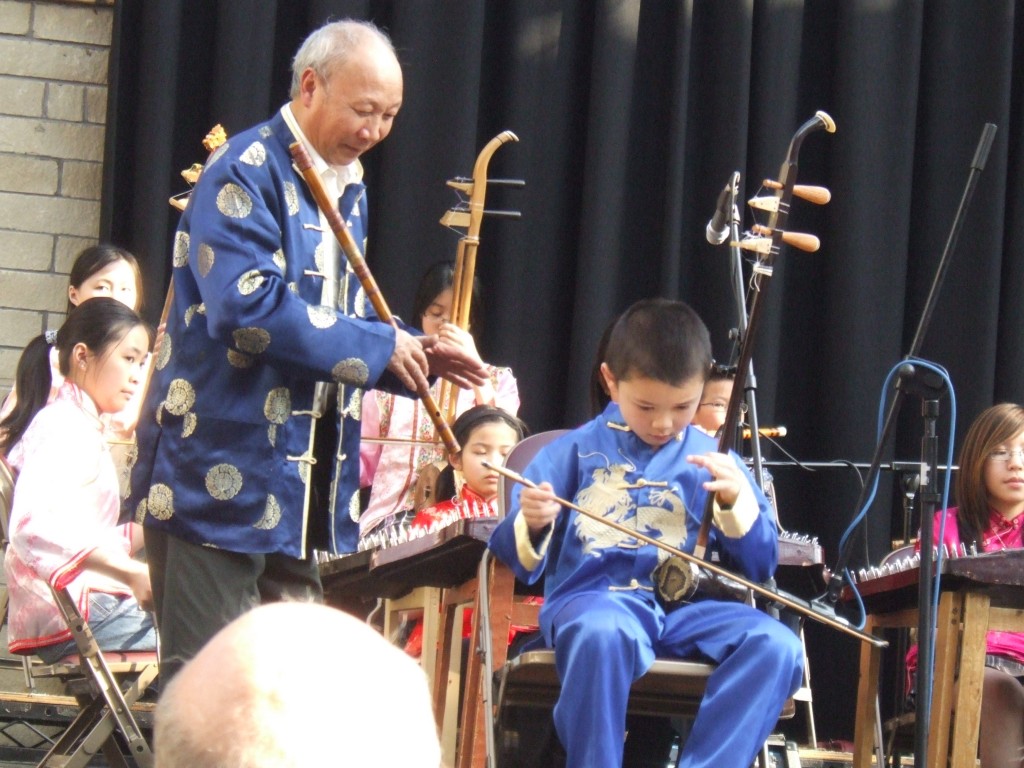 Mr Li graduated from the GuangDong music Conservatory, (Now the SinHai Music Conservatory) on Chinese music, and compositions. Mr Li worked at the Pearl River Film Production Studio before he joined the GuangDong Chinese Symphonic Orchestra. Mr Li was the principle of the wind section in the orchestra, but he also involved in compositions, conducting and instrumental reforms. In 1973, his composition ‘Joy of Harvest’ had been acknowledged by the Chinese Cultural Ministry and remain widely broadcast through China and Hong Kong. In many lectures or literatures, this piece is still used as a sample of Cantonese Music and musical reformed of the era.

Mr Li moved to Liverpool in 1980, and established the Pagoda Chinese Youth Orchestra. Mr. Li is a multi talented musician and he teaches all the musical instruments in the orchestra.

In 1985, Mr Li worked with ‘Liverpool Youth Music Project’, where he taught the students to research into manufacturing Dai Hu, the range of pitch equivalent to Cello in the string instruments. Up to now, Chinese orchestration is lacking of bass instrument, and back in China, the Chinese orchestra normally use Cello to fill up the bass sound. The instrument Dai hu has retained the look of the Chinese string instrument, but added the bass sound. Mr. Li’s recent visit in China with this new development has excited the Chinese music circle, and there are talks the conservatories will start new courses for students. Apart from the Daihu, Mr Li also used the method to develop the Chinese string sections, where all the instruments have now increase an octave to their lower range. For example, the range of the Gao Hu is now equivalent to the violin.

While working in Liverpool, Mr. Li has done much outreach works. He was instrumental in organising the Chinese Cultural weeks for the International Garden Festival in 1987. He has promoted the Chinese New Year performance with musicians from China in 2000 and the Royal Philharmonic Orchestra Society in 2008. He also has done numerous workshops in schools either in the form of one off workshop or a series of Chinese Cultural open days around the Northwest region, demonstrate Chinese musical instruments, and kite making.