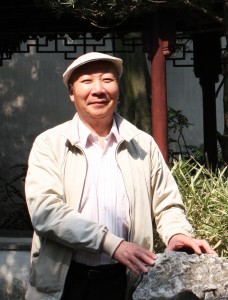 Known to all as ‘Mr Li’, Liao Gui Xiong was a classically trained multi-instrumentalist who built the orchestra into one of the largest of its kind in Europe.

Mr Li, who arrived in Liverpool from his home in south China in the early 1980s, died after losing a battle against leukaemia. His funeral service this week was attended by community leaders as well as the Lord Mayor of Liverpool, Cllr Gary Millar, and Mayor Joe Anderson who represented Chinatown as a ward councillor before becoming elected mayor.

A small man in his late 70s, with a zest for life as big as the Chinatown arch, Mr Li led generations of local Chinese children on a journey, showing them the power of music as a confidence builder as well as a way of engaging with the wider community.

Newcomers playing Chinese instruments for the first time needed patience and guidance, virtues which Mr Li had in abundance.

He was adored and cherished as much by his orchestra members as the parents of his ensemble musicians.

He was celebrating his 30th year as leader of an orchestra that won the hearts of audiences in Liverpool, Shanghia, London’s Royal Albert Hall and in many other places. 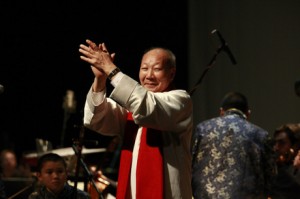 Over the years the orchestra has nurtured more than 600 students, aged between four and 20, in the intricacies of traditional Chinese instruments such as the stringed erhu, pipa, dahu and the dezi (flute).

The orchestra’s co-organiser Liao Zilan, Mr Li’s daughter, is a former member of the orchestra who went on to become a renowned virtuoso harpist.

Brian Wong, founder of Liverpool Chinatown Business Association, spoke at the funeral. He said all of his three children were taught by Mr Li.

“Mr Li not only managed to settle down very well in this culturally dynamic city, but he also brought with him our cultural identity – Chinese music, tai chi, calligraphy and traditional Chinese dance.”

When Brian Wong organised Chinathown’s traditional New Year banquets from the early 1990s, the appearance of Mr Li and his orchestra was always one of the highlights of the evening.

“His orchestra helped galvanize our sister city treaty with Shanghai. He will be missed by all his past and present students, friends and family for his remarkable achievements in our city.”

The best tribute to Mr Li – the orchestra – will continue to play in his memory.