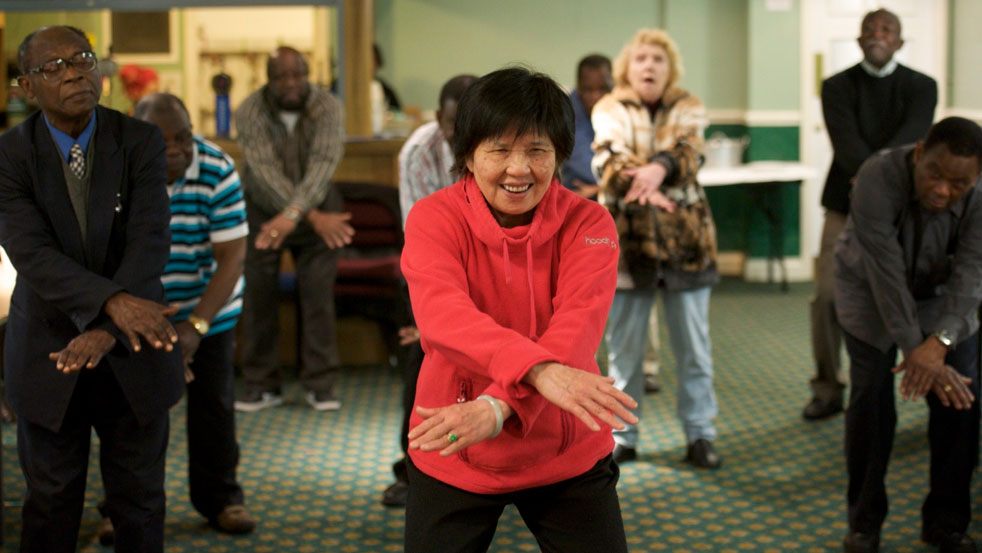 Mrs Li studied at the GuangDong Research Institute of Culture and History, under the tuition of Master. Yang Xinlung studied guqin, Tai Chi, she also studied Chinese opera and choreography. Her tutor  Master Yang was the President of the GuangDong Guqin Association and the Honorary President of the  GuangDong Chin Woo Athletic Association.  Master Yang taught martial arts at the Shanghai Chin Woo Athletic Association,  when he was young.

After her graduation, Mrs. Li worked at the Guangdong Radio station and the Guangdong Symphonic orchestra for a while and she decided to retired from the performance platform after the birth of her first daughter.

From 1975 onwards, Mrs. Li became the Cultural Director for the Liwan District, in charge of performance arts. During this period, her tutor master Yang still gave her countless guidance and carrying on training her with his much-loved activities – Tai Chi and guqin.

Since 1983, Mrs. Li moved to Liverpool with her husband, and continuously teaching, demonstrating and performing Chinese drama, Gong Fu dance, traditional dance, qi gong, Tai Chi Quan and Tai Chi sword. At the moment,  she has almost 100 members studying Tai Chi, age between 20 – 80, and some of her students have been with her for over 20 years.  Mrs. Li utilised her opera/dancing choreograph skills, created a new Tai Chi sword form ‘The Dragon Sword’, which combined the sword dance’s long tassel movement and the Tai Chi sword to help with the increase of the ‘qi’ circulation, also visually is very appealing to audiences.

She is currently doing a Tai Chi tutor training pilots scheme, training some of her advance students to become an independent Tai Chi tutor.

In 2008, Mrs. Li was nominated by her students for the Liverpool Daily Post’s ‘Women of the year awards’ when she won the sport and leisure category.

Her dancing group has participated in many public performances around UK and recently they visited the Chinese community centre in Vancouver.  As a choreographer, it gives her the advantage to choreograph movements that suit her students whatever their standards or abilities.